Driver arrested for allegedly intentionally crashing into Arcadia store
The Votes Are In!
2022 Readers' Choice is back, bigger and better than ever! 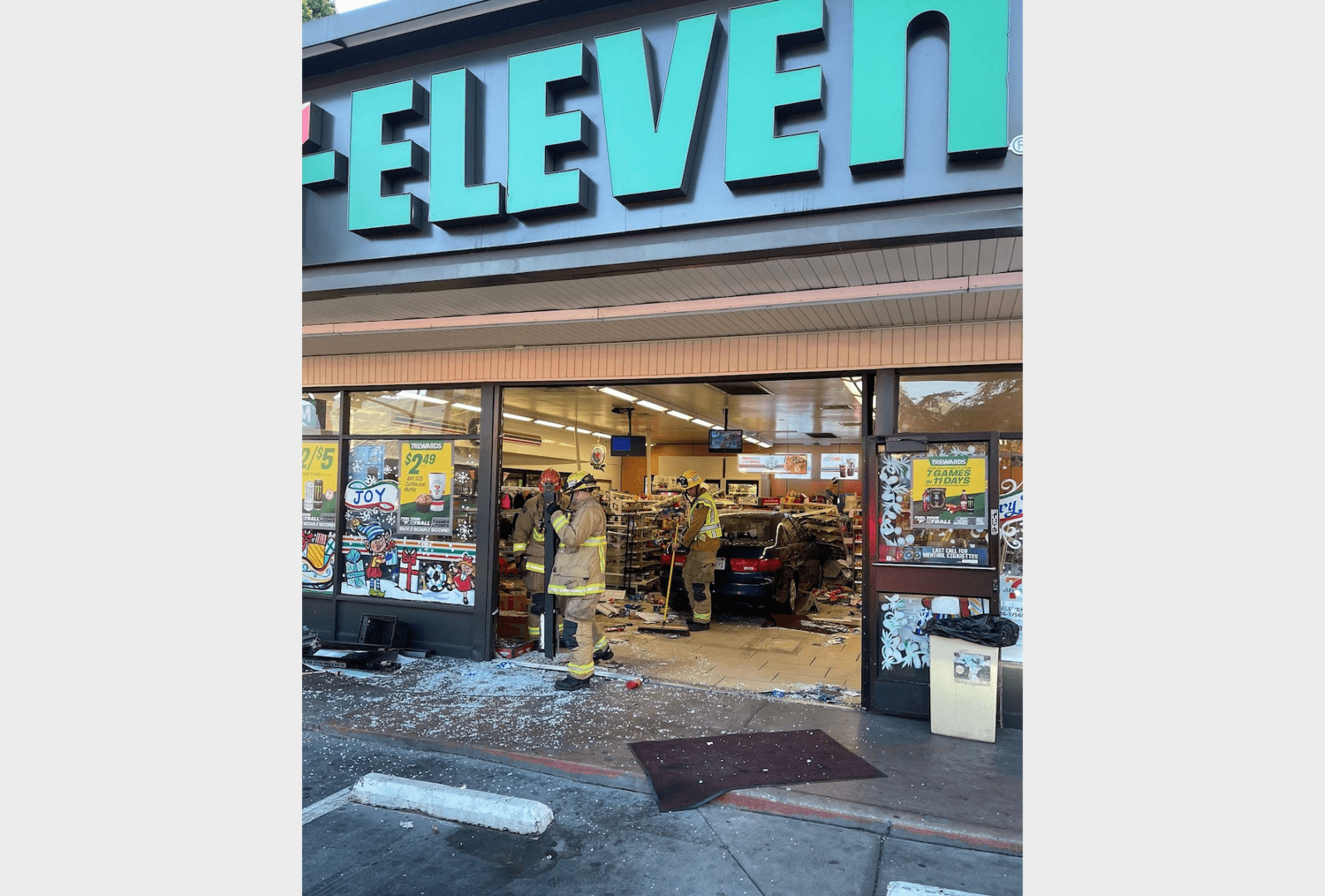 A sedan sits inside an Arcadia 7-Eleven after its driver allegedly caused a disturbance in the store. | Photo courtesy of the Arcadia Fire Department/Twitter
by City News Service Inc.
share with

A Monrovia man was behind bars Friday on suspicion of causing a disturbance inside an Arcadia 7-Eleven store, then intentionally plowing his car into the convenience mart.

The crash occurred at 6:55 a.m. Thursday at the store in the 1000 block of South Baldwin Avenue, according to Arcadia police.

Officers learned the man, whose name was not immediately released, entered the store and caused a disturbance, throwing merchandise at employees before leaving, getting into his vehicle and intentionally driving through the front doors and into the business, police officials said.

Witnesses told officers that employees and customers were standing at the front of the store at the time.

The man tried to run away but was detained by store employees and customers until officers arrived, police said. No injuries were reported.

The man was arrested on suspicion of attempted murder and taken to the Arcadia Police Department, where he remained in custody on $2 million bail, police said.

The investigation was continuing, and anyone with information was encouraged to call the Arcadia Police Department at 626-574-5151 and refer to case number 22-4977. Anonymous information can be conveyed through Crime Stoppers at 800-222-8477.