LASD: Clerk, not judge, advanced Villanueva contempt hearing
The Votes Are In!
2021 Readers' Choice is back, bigger and better than ever! 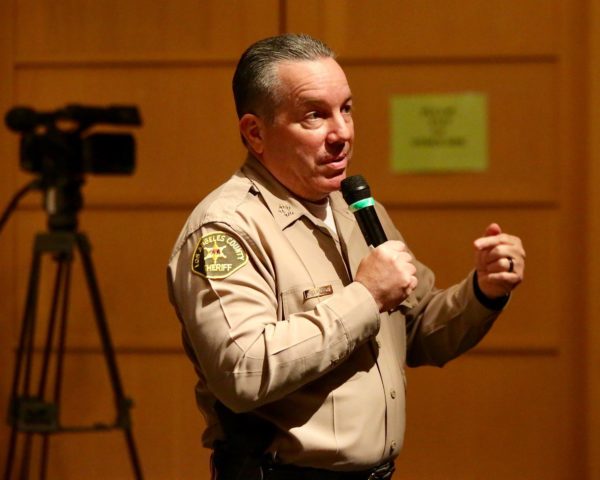 The Los Angeles County Sheriff’s Department issued a statement Thursday asserting that a judge’s clerk, and not the judge herself, advanced a hearing on the county’s request for a court to consider holding Sheriff Alex Villanueva and his undersheriff in contempt for allegedly ignoring subpoenas to testify before the Civilian Oversight Commission about alleged deputy cliques.

Los Angeles Superior Court Judge Michelle Williams Court never commented on the motion before the hearing date was changed by her clerk from the original date of March 14, 2023, to Sept. 7, according to the LASD.

In their court papers filed Tuesday, County lawyers said the prompt resolution of their petition “would further the public’s interest in swiftly uncovering the full facts and rooting out alleged deputy gangs from the department.”

The COC hopes to conclude its investigation by Oct. 5, 2022 and subsequently issue recommendations based on its findings, according to the County attorneys’ new court papers.

Subpoenas to Villanueva and Undersheriff Timothy Murakami required each of them to appear and testify at the commission’s July 1 public hearing on whether so-called deputy gangs exist in the sheriff’s department, the County lawyers said. Their alleged refusal to comply subjects Murakami and Villanueva to the contempt procedures, according to the County’s petition brought July 21.

The sheriff, who has repeatedly accused the county Board of Supervisors and Inspector General Max Huntsman of pursuing personal political biases in clashes over the alleged deputy gangs and other issues, expressed concern in a letter to the commission last month about “demonstrably false statements having already been accepted by the commission.”