Police await results of blood work on Anne Heche following crash into house
The Votes Are In!
2021 Readers' Choice is back, bigger and better than ever! 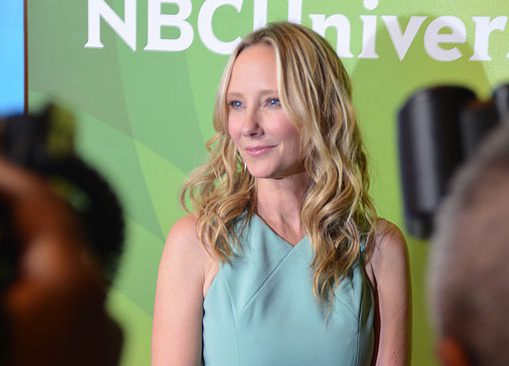 Los Angeles police Monday were awaiting the results of blood tests on actress Anne Heche to determine if alcohol or drugs factored into a crash that left her car fully inside a Mar Vista home, which caught fire and was largely destroyed.

The crash was reported shortly before 11 a.m. Friday at a two-story house in the 1700 block of South Walgrove Avenue, said Brian Humphrey of the Los Angeles Fire Department.

TMZ obtained a video showing Heche involved in a minor collision at a Mar Vista-area apartment complex earlier Friday, crashing into a wall in a parking area, then driving away as people nearby tried to help. The crash into the home occurred a short time later.

Surveillance video posted on social media shows the car speeding down the residential street just prior to the crash, which sent Heche’s blue mini Cooper completely into the home.

Humphrey said the vehicle “struck and came to rest well within a 738- square-foot two-story home, built in 1952, causing structural compromise and erupting in heavy fire prior to LAFD arrival.

A source close to Heche told CNN Saturday that Heche was “lucky to be alive. She has severe burns and has a long recovery ahead. Her team and her family are still trying to process what led up to the crash.”

A representative for Heche told People magazine Saturday that she was “currently in stable condition.”

Her representatives said the actress is intubated but expected to survive.

“Her family and friends ask for your thoughts and prayers and to respect her privacy during this difficult time,” the statement said.

Neighbor Lynne Bernstein, who has lived in the neighborhood since 1976, told People magazine that he and his fellow neighbors, Dave and Gabriel, were able to talk to Heche moments after her blue Mini Cooper drove “almost all the way through” the house and “almost immediately” caught fire. Dave was able to get into the back of the car and speak to Heche.

“She responded that she wasn’t doing real well,” Bernstein told the magazine.

Heavy smoke and flames prevented the men from getting Heche out of the car. But they were able to help the home’s resident, who was in the backyard, to safety.

Heche has also appeared on several television shows including “Ally McBeal,” “Chicago P.D.” and a recurring role in the series “All Rise.” In June, she signed on to star in Lifetime’s “Girl in Room 13,” which is set to premiere this fall.

Heche also has a second son from a relationship with actor James Tupper, her co-star on the TV series “Men in Trees,” which aired on ABC for two seasons from 2006 to 2008, according to the Hollywood Reporter.