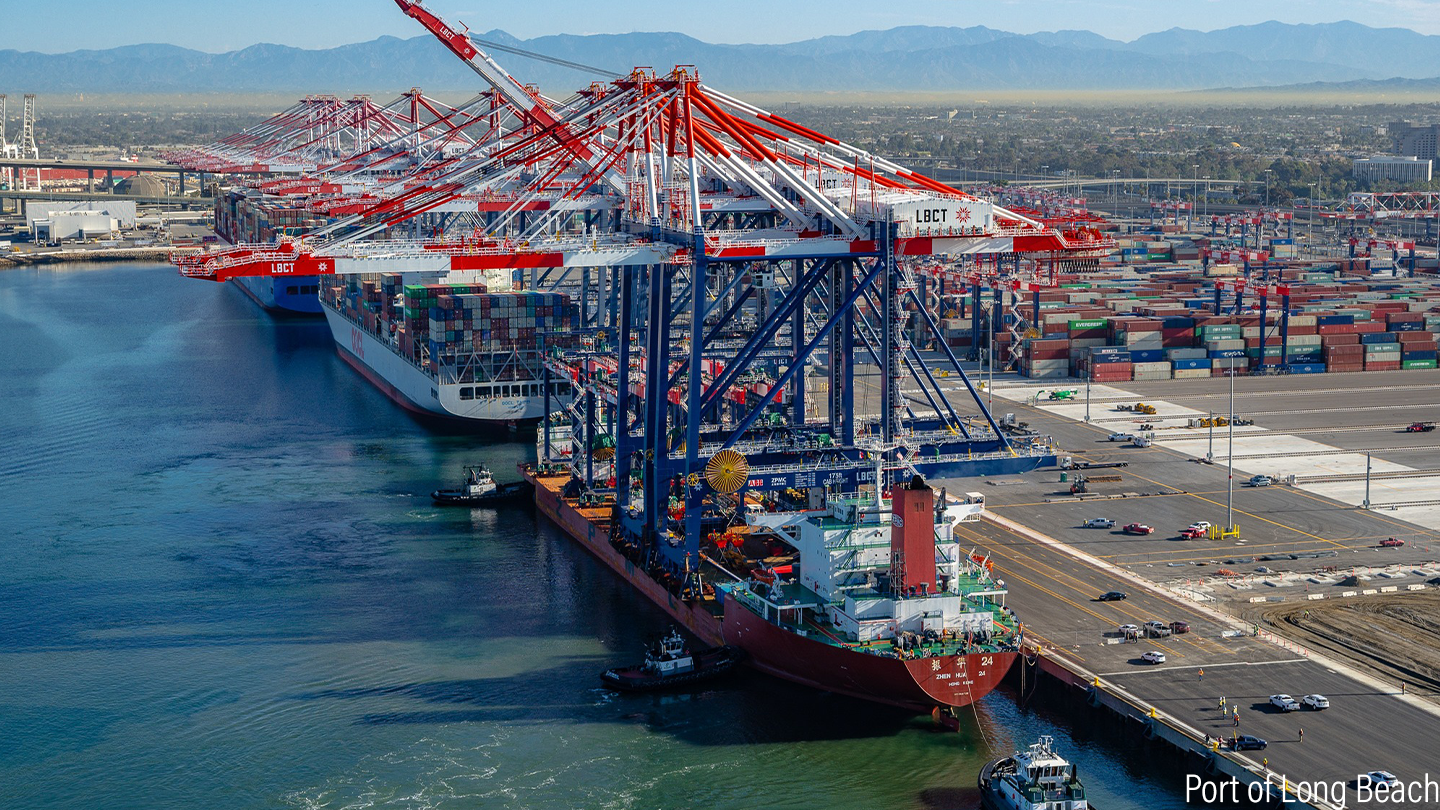 The Port of Long Beach Wednesday announced that last month was its strongest April in history, with a 43% increase in units moved compared to the previous April, making it the 10th consecutive month that the port broke a particular month’s cargo movement record.

“International trade will help jumpstart the economy, and the Port of Long Beach will lead the way by protecting the health of our dock workers and providing top-notch customer service to keep cargo moving,” said Mario Cordero, executive director of the Port of Long Beach. “We remain optimistic as online spending continues to soar, retailers prepare for a busy summer season and businesses continue to reopen following months of closures due to the COVID-19 pandemic.”

“We are in the midst of our best trade periods in port history, but we cannot forget that the national economy remains in recovery mode,” Long Beach Harbor Commission President Frank Colonna said. `We are closely collaborating with our industry stakeholders to handle the resurgence of cargo we’re experiencing after the dramatic declines we saw last year due to COVID- 19.

Since the port’s historic cargo surge started in July 2020, it has broken 10 straight months of movement records for a particular month. The surge is attributed to a rise in online shopping during the COVID-19 pandemic. During the first four months of 2021, the port saw a 41.8% increase in cargo moved compared to the same period in 2020.

The port plans to spend about $1.7 billion for rail improvements, terminal modernization and other infrastructure projects over the next 10 years to ease the flow of cargo movement.

The Port of Los Angeles is scheduled to release its April cargo volume data at 11 a.m. Thursday. It can be viewed at https://bit.ly/3w4cPfY with passcode 676380.