3 more prosecutors file sexual harassment lawsuits against Orange County
The Votes Are In!
2022 Readers' Choice is back, bigger and better than ever! 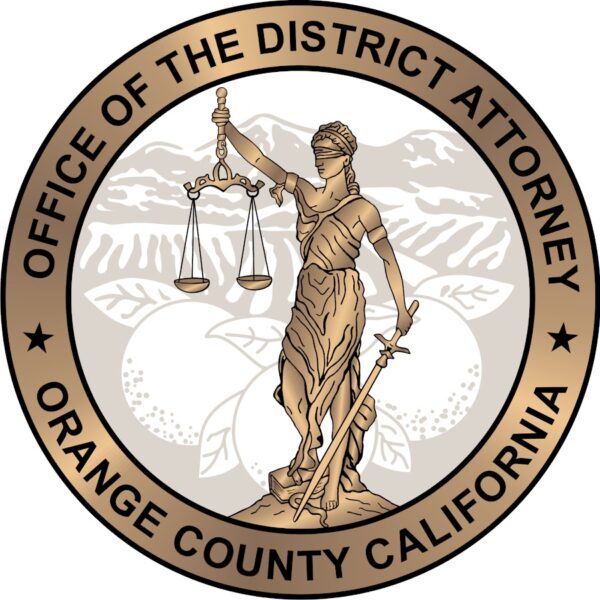 Three more Orange County prosecutors filed lawsuits against the county Wednesday alleging sexual harassment by a retired District Attorney’s Office senior manager, with one accusing him of saying cases should be assigned to prosecutors based on the race of the defendant and other attorneys.

The allegation comes just weeks after the state’s chapter of the NAACP called on Orange County District Attorney Todd Spitzer to resign. Spitzer has come under fire for racially charged comments he made during a meeting with other prosecutors last year, and for his use of racial slurs during a speech to a group of attorneys while discussing statements made by defendants in hate-crime cases.

The new lawsuits bring the total to seven women and one man suing the county over allegations that retired prosecutor Gary LoGalbo, who was best man at Spitzer’s wedding, would routinely make racist and sexually charged comments to colleagues in the office.

LoGalbo declined to comment. The Orange County District Attorney’s Office did not immediately respond to a request for comment.

The unnamed manager who filed one of the three new lawsuits alleged she was passed over for promotions by four men and that LoGalbo was paid more than the plaintiff even though they had the same assignment.

The woman alleged that one night while they were working late, LoGalbo came into her office and took her picture, which he explained was for his “spank bank.”

She also claims that she “heard racially harassing comments” at the district attorney’s offices.

“Mr. LoGalbo made statements to (the plaintiff) that cases should be assigned based on the race of the defense attorney, prosecutor and defendant,” the lawsuit alleges. “Mr. Spitzer also accused plaintiff of being afraid to prosecute a defendant simply because of the defendant’s race.”

The woman also alleged that when an independent law firm was hired to investigate the sexual harassment claims, Spitzer called her “to influence her testimony, requesting she not file a claim against him.”

The independent law firm’s probe found there was a hostile work environment in the District Attorney’s Office. The woman claims in the suit she expected her anonymity to be protected in the probe, but Spitzer sent a copy of the report to everyone in his office, exposing her identity to her co-workers, and she was subjected to mocking afterward.

The woman requested an investigation into the release of the report and the law firm found in its follow-up probe that Spitzer engaged in retaliation against whistleblowers by releasing the report.

The woman also contends that Spitzer “has taken subtle adverse employment actions against plaintiff that has adversely affected her job performance and/or ability for advancement within the OCDA. For instance, Mr. Spitzer falsely accused plaintiff of not keeping him informed on her cases in a room full of OCDA managers and has also publicly accused plaintiff of being a liar for statements she made in the investigation into Mr. LoGalbo.”

The lawsuit claims LoGalbo would make “offensive and inappropriate comments to” the plaintiff daily. LoGalbo bought her bottles of wine with names like “Barefoot” and “Menage a Trois,” and he would laugh, saying, “I thought you’d like that,” according to the lawsuit.

In addition to claims of discrimination and harassment, the lawsuits allege retaliation and failure by the county to take action to stop the offenses.

Another of the suits filed Wednesday — on behalf of a woman who has worked for the office since April 2016 — alleged that LoGalbo would make offensive comments to her on a daily basis, such as declaring he knew the color of her underwear and that he dreamt about her in the nude.

A third woman, who has worked for the office since August 2019, alleged in her lawsuit that LoGalbo would make inappropriate sexually or racially charged comments daily, including misogynist slurs against women attorneys and judges.

She also accused LoGalbo of sharing “inappropriate videos” with her, including one that “showed a number of naked Asian couples in military formation having sexual intercourse, with the title of the video being ‘China Restocking the Shelves,”‘ according to the suit.

She said LoGalbo would also come up behind her and “flip” her ponytail “up and down like a horse’s reins,” according to the lawsuit.

The suit also claims the plaintiff saw Spitzer “discuss a district attorney’s race when deciding what cases to assign to them.”