LA mayoral candidate Rick Caruso to financially support Gascón recall
The Votes Are In!
2022 Readers' Choice is back, bigger and better than ever! 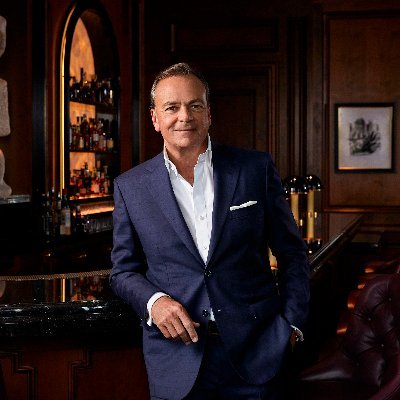 “After considerable thought I have made the decision to support the recall effort of our District Attorney George Gascón. As I’ve said, many times, I firmly believe that George Gascón needed to stand up, admit that many of his policies have put the city of Los Angeles in peril, crime is rising, change those policies, or he should step down, and if he doesn’t step down, he should be recalled,” Caruso said in a video released Monday.

Caruso had co-hosted a fundraiser for Gascón ahead of the election in 2020, the Los Angeles Times reported. But Caruso later donated $45,000 to support Gascón’s opponent, the two-term incumbent District Attorney Jackie Lacey, according to The Times, which reviewed contribution records.

Caruso, who is a billionaire, said Monday he will financially support the recall effort to help it get on the ballot.

The recall effort must collect 566,857 signatures from registered Los Angeles County voters (10% of the total current registered voters). The deadline for submission to the county registrar is July 6. If enough valid signatures are submitted, the recall would likely appear on the November ballot.

Gascón defeated Lacey in 2020 on a platform of criminal justice reform, but now faces possible recall for policies that some say have gone too far in that direction at the expense of public safety.

The policy changes include no longer seeking death sentences, abandoning sentencing enhancements that could lead to lifetime imprisonment for all but the most egregious crimes, and more lenient treatment of juvenile lawbreakers.

He has defended the directives on eliminating most sentencing enhancements, citing data on recidivism to back up his case, and pointing out that some crime victims support his changes.

“The pain and trauma of losing a loved one is immeasurable and I recognize and respect that some victims want me to impose the maximum punishment in their case,” Gascon said last year.

“Research shows that excessive sentencing practices have exacerbated recidivism leading to more victims of crime. Our system of justice can’t continue to rely on policies that create more victims tomorrow simply because some victims want the maximum punishment imposed in their case today.

“I also can’t ignore research showing these views are not shared by a majority of survivors of violent crime,” he added.

Gascón on Feb. 18 issued a memo walking back some of his most-debated policies — bans on special-circumstance allegations that could result in life-without-parole prison terms and on transferring cases involving juvenile defendants to adult court.

A similar recall effort against Gascón in 2021 failed to gather enough signatures to qualify. But a continuing rise in crime over the past year — including a wave of “smash-and-grab” robberies in the Los Angeles area — has exacerbated concerns over whether the new direction taken by the DA’s office might be encouraging criminal behavior.

The Association of Deputy District Attorneys — the collective bargaining agent that represents more than 800 deputy district attorneys in Gascón’s office — voted overwhelmingly on Tuesday to support the recall effort. Roughly 83.3% of ADDA members took part in the vote, with 97.9% voting in support of the recall, according to the group.