Pasadena court rules Mongols motorcycle club can keep patch
The Votes Are In!
2022 Readers' Choice is back, bigger and better than ever! | Photo courtesy of the U.S. Department of Justice
by City News Service Inc.
share with

A Pasadena appeals court panel ruled Friday that the government cannot seize the logo of the Mongol Nation motorcycle club, but the court let a 2018 racketeering conviction stand.

A three-judge panel of the U.S. 9th Circuit Court of Appeals affirmed a lower court decision that cited the First and Eighth Amendments in a ruling rejecting the government’s forfeiture request of the club’s logo. The panel, however, sidestepped the First Amendment issue largely with a narrower, technical ruling.

U.S. District Judge David O. Carter in 2019 ruled he would not take away the club’s coveted “patches” as he cited free-speech and the excessive punishment prohibited by the Eighth Amendment. Carter did, however, fine the club $500,000 and ordered the seizure of ammunition and weapons found while the government pursued a racketeering conviction against the organization.

Federal prosecutors backed away from an attempt to seize the patches and logos for the club and later said it just wanted to block the club from using the pony-tailed Genghis Khan-type character aboard a motorcycle, making it essentially a part of the public domain.

The panel ruled that it did not have to rule on the trademark issues.

“The panel held that the forfeiture was improper for a different reason — the government effectively sought an order seizing and extinguishing the Mongols’ right to exclusive use of its marks without the government itself ever seizing title to the marks,” the ruling states.

“Because RICO provides no mechanism for forfeiture without a transfer of title to the government, the panel held that denial of the preliminary order of forfeiture was warranted on these grounds.”

The panel declined “to reach any issues regarding” the government’s efforts to seize the patches as punishment for the conviction for violating the Racketeer Influenced and Corrupt Organizations Act.

The panel also rejected the club’s argument that it could not be prosecuted under RICO with the argument it was organized just to be an illegal operation.

Stephen Stubbs, the Mongols’ general counsel, said in a statement that the ruling was “a victory not only for the Mongols Motorcycle Club, but for all motorcycle clubs, freedom, and America as a whole.”

The club, also called the Mongol Nation, is headquartered in Southern California and was originally formed in Montebello in 1969. Law enforcement officials estimate about 2,000 full-patched members are in the club.

The government has been prosecuting the Mongols since at least 2008, leading to the convictions of more than 70 members under racketeering and various other criminal statutes, according to the appeals court.

Following those convictions, the government indicted the Mongol Nation on charges of racketeering conspiracy violations. A Santa Ana federal jury convicted the club on both charges, finding various forms of Mongol Nation property, including the club’s trademark cartoon drawing of a pony-tailed Genghis Khan-type character aboard a motorcycle, was subject to forfeit.

A federal judge subsequently denied forfeiture of the trademarks, holding that under the circumstances of the case, forfeiture would be unconstitutional.

Mongol Nation appealed its conviction and sentence to the circuit court, and the government cross-appealed the order denying forfeiture of the trademarks.

Stubbs said the club’s patch “is a symbol of the esteemed brotherhood of its members and the Ninth Circuit stood strong against the government’s unconstitutional attempt to ban and extinguish important symbolic free speech.” 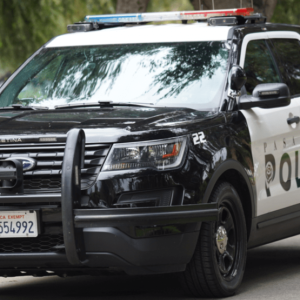