Attorney complains about 'unsanitary' cell conditions for Weinstein
The Votes Are In!
2022 Readers' Choice is back, bigger and better than ever! 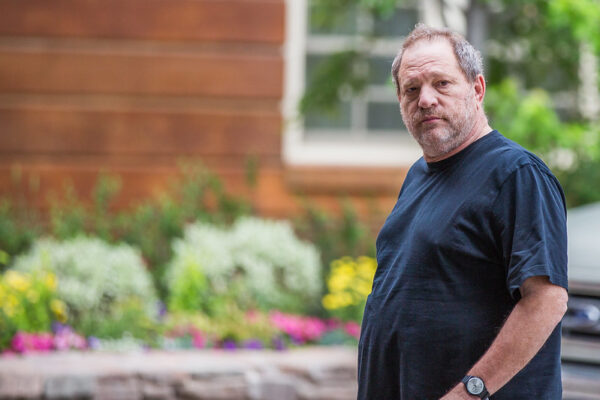 An attorney representing former film producer Harvey Weinstein complained to a judge Tuesday about the “almost medieval” conditions his client is facing in a temporary holding cell before he is taken back to jail while on trial on sex-related charges involving five women.

One of Weinstein’s lawyers, Mark Werksman, told Superior Court Judge Lisa Lench that his client is being kept in his wheelchair in an “unsanitary, fetid” holding cell for three to four hours before returning to jail.

“It’s almost medieval, the conditions. I’m concerned about his health and his ability to survive this ordeal. He’s 70 years old,” Werksman said of his client, who produced such films as “Shakespeare in Love” and “Pulp Fiction.”

“I’m worried about him surviving this ordeal without a heart attack or stroke,” Werksman said.

The judge said she will talk to sheriff’s deputies about the situation.

“I’m not minimizing it. I’m just not sure there’s a lot to be done,” Lench said during a hearing before the second day of jury selection began in Weinstein’s trial.

The judge told the group of potential jurors that some of them may have heard about the case.

“It is one that has garnered some media attention, and I understand you may have received information about this case and about Mr. Weinstein generally before you came into this courtroom,” Lench told the potential panelists. “You may not, you must not, expose yourself from this point forward to information about this case. The information that is put out there, I’m sure everyone makes an effort to be as accurate as possible, but it doesn’t always happen that way. It’s important that you not be guided by what goes on out there in the world.”

In his first comments during the jury selection process, Weinstein told the group of potential jurors, “Hi, everyone,” after another of his attorneys, Alan Jackson, introduced him.

Jury selection is set to continue Wednesday morning, with another group of prospective panelists expected to be asked to fill out jury questionnaires as 112 other people have already done in the first two days of the process.

Weinstein was initially charged in January 2020 by Los Angeles County prosecutors with forcible rape, forcible oral copulation and sexual penetration by use of force involving one woman on Feb. 18, 2013, and sexual battery by restraint involving another woman a day later.

Weinstein was subsequently charged in April 2020 with sexual battery by restraint involving another woman. In November 2020, prosecutors added six more counts — three counts each of forcible rape and forcible oral copulation — involving two alleged victims in Beverly Hills between 2004 and 2010.

The grand jury subsequently indicted Weinstein on the same charges.

Weinstein was extradited from New York, where he was convicted of raping an aspiring actress and of a criminal sex act against a former production assistant. The state’s highest court has since agreed to hear his appeal involving that case.

The judge — who on Monday described the charges as “essentially sexually assaults or assaults of a sexual nature” — told prospective jurors then that the trial is expected to last about two months, including the jury selection process.

Citing anonymous sources, the Los Angeles Times reported that California Gov. Gavin Newsom’s wife, Jennifer Siebel Newsom, is among the alleged victims set to testify during Weinstein’s trial. She was referred to in court documents as “Jane Doe 4,” the newspaper reported.

“Like many other women, my client was sexually assaulted by Harvey Weinstein at a purported business meeting that turned out to be a trap. She intends to testify at his trial in order to seek some measure of justice for survivors, and as part of her life’s work to improve the lives of women,” her attorney, Elizabeth Fegan, told The Times. “Please respect her choice to not further discuss this matter outside of the courtroom.”