Hey SoCal. Change is our intention. - County OKs LA River master plan, despite opposition
The Votes Are In!
2021 Readers' Choice is back, bigger and better than ever! The Board of Supervisors Tuesday approved a long-debated master plan for the development and long-term management of the Los Angeles River but without the support of some environmental groups who claim the plan will add more concrete to the channel rather than nature-based improvements.

The master plan, which has been in the works for more than five years, was unanimously supported by the supervisors. Supervisor Hilda Solis called the plan a “monumental step towards improving the health and well-being of our communities, from Northeast Los Angeles to Southeast Los Angeles.”

The plan is aimed at improving water quality, increasing wildlife habitat and biodiversity and creating equitable access to parks. Among its specific goals are:

— creating 51 miles of connected open space along the entire river;

— building support facilities along the river;

— completing the L.A. River Trail to create a continuous path along the entire river;

— creating welcoming access points to the river and the L.A. River Trail;

— increasing habitat and ecosystem function along the river corridor and using it as a living laboratory;

— increasing plant species biodiversity with a focus on California native plants; and

— creating a connected network of habitat patches and corridors to support wildlife.

The plan adopted Tuesday is an update to the original master plan, which was drafted in 1996 with the goals of flood abatement and beautification. In 2016, Solis and Supervisor Sheila Kuehl spearheaded a motion to update the plan with a focus on addressing the county’s societal needs. The process included community engagement through a 41-member steering committee, more than a dozen public community meetings and 15 events coordinated with 10 community organizations.

Some supervisors said during Tuesday’s meeting they were surprised by the sudden opposition from select environmental groups, who asked that their organizations’ names and logos be removed from the plan. The groups — East Yards Communities for Environmental Justice, Friends of the LA River, Heal the Bay, LA Waterkeeper, Los Angeles Neighborhood Land Trust, Trust for Public Land, Sacred Places Institute for Indigenous Peoples, and The Nature Conservancy in California — sent a letter to the county withdrawing their support.

They noted in part the lack of any representation in the planning process of Gabrielino Tongva tribal members. But they also objected to the inclusion of features such as elevated parks built on concrete platforms.

“The county should be prioritizing community, ecological and climate resilience, not concrete,” Bruce Reznik, executive director of LA Waterkeeper, said in a statement. “I’d like to see us truly working together to reshape the future of the LA River and local communities.”

County Public Works Director Mark Pestrella told the Board of Supervisors he was “discouraged that we’ve gotten some negative response” to the plan from the environmental groups, but said he respected their concerns about platform parks and a proposed cultural center.

“We took on the audacious task of reconciling all of the visions of the L.A. River, and what I’m proud to tell you is I think we did a pretty good job of reconciling them,” he said. “Am I concerned about our partners and our stakeholders (expressing environmental concerns), absolutely. And you have my word we will continue to work with them and try to meet their goals and always hear their voices before we approve any project as we move along.”

The L.A. River begins in Canoga Park, where Bell Creek and Arroyo Calabasas converge and runs through the city of Los Angeles and over a dozen other cities before it flows into the Pacific Ocean in Long Beach.

The plan — which has been met with concerns that it will accelerate gentrification along the river — calls for an increase in affordable housing units within a mile of the river and seeks to develop ways to identify areas at risk for displacement in order to prioritize such projects.

As part of the plan’s approval, the board also agreed to move forward with a “land banking” pilot project in an effort to prevent land speculation by developers and ultimately create opportunities to provide affordable housing.

“By using a land bank to acquire properties near the Los Angeles River, we can preserve the potential for affordable housing and fight displacement,” Solis said in a statement. 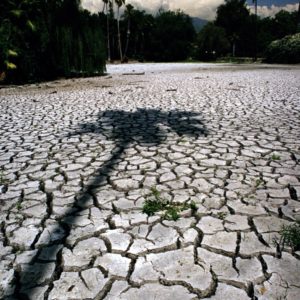 Environment Jun 09, 2022
share with
California, Canada partner on climate action at Summit of the Americas by City News Service Inc.
More
Looks like you're using an adblocker