Reader reactions to the 'Blue Boy's' trip to London next year
The Votes Are In!
2021 Readers' Choice is back, bigger and better than ever! 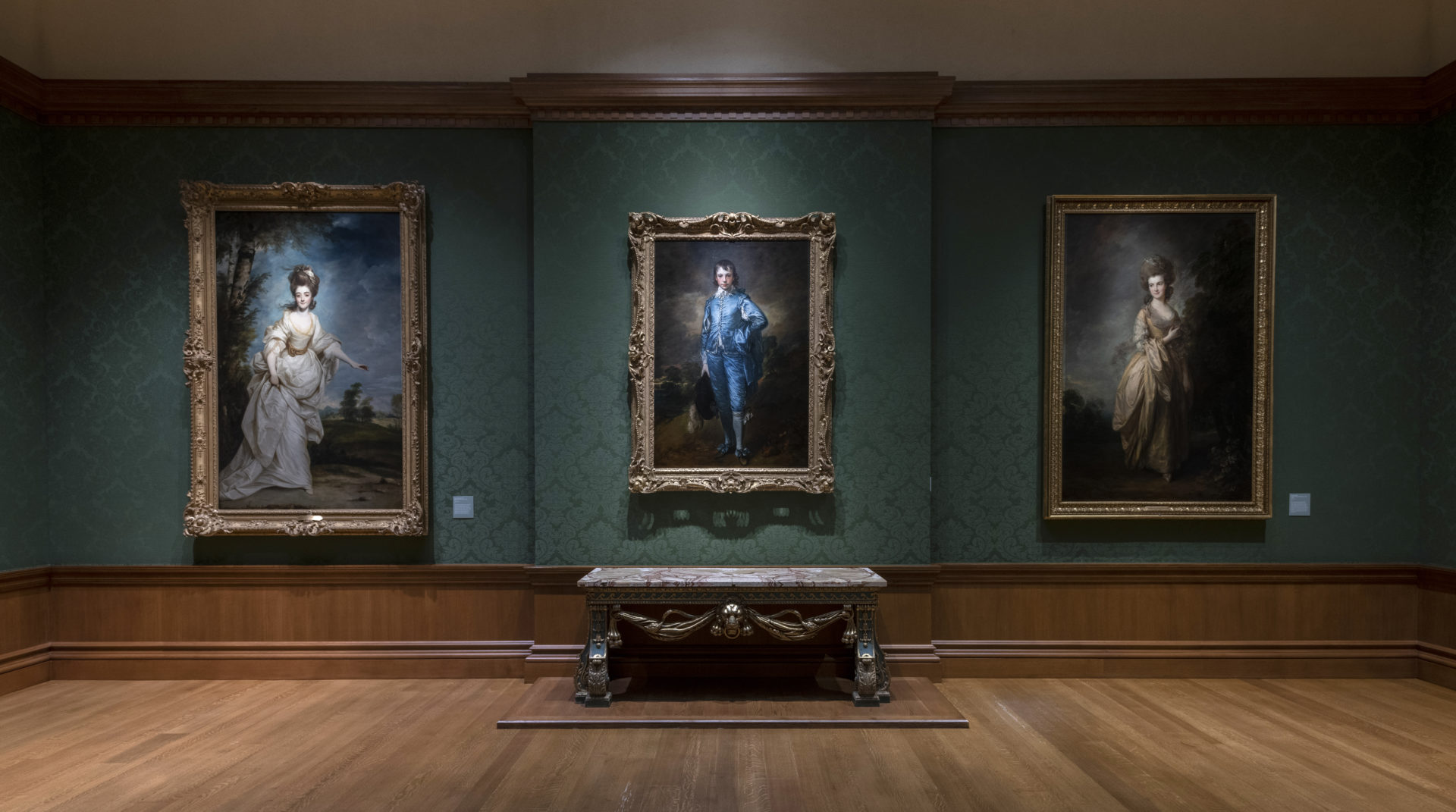 Installation view of The Blue Boy | Courtesy photo / The Huntington Library, Art Museum, and Botanical Gardens
by May Ruiz
share with

Last month we published an article about the announcement that The Huntington Library, Art Museum, and Botanical Gardens has decided to loan our beloved “Blue Boy” to the National Gallery in London. Gainsborough’s magnificent work, which left England for the United States on Jan. 25, 1922, will be part of an exhibit that is set to open exactly 100 years since that day.

In its announcement, Huntington President Karen R. Lawrence, remarked, “This masterpiece has made an indelible mark on both art history and popular culture, capturing the imaginations of a wide range of audiences. Given ‘The Blue Boy’s’ iconic status at The Huntington, this is an unprecedented loan, one which we considered very carefully. We hope that this partnership with the National Gallery will spark new conversations, appreciation, and research on both sides of the Atlantic.”

We in the San Gabriel Valley are so fortunate to have world renowned museums and to have been exposed to stunning works by some of the greatest artists who ever lived. Most of us have never known a time when “The Blue Boy” wasn’t at The Huntington. So we asked our readers to tell us how they feel about it traveling to London and share with us their experience with this piece of art.

While we didn’t receive as many responses as we had hoped, we learned that our readers have informed opinions with information to impart. We also feel that what we did get are representative of people’s reactions and we’re printing them below:

“My informal response to your informal survey is that if the experts say it’s not safe for the painting to travel, then it shouldn’t. I’m also concerned that if the painting does go to London, what’s to keep their museum from saying that the painting is too fragile to send back?

“Everybody likes to return home, even for a short visit … and I’m sure ‘Blue Boy’ is among them. So I wish him “calm seas and prosperous voyage.”

“The greatest gift master painters have given mankind is that it doesn’t take an advanced degree in art to appreciate their work.

“Even as a rustic with no refinement, I have stood at length in reverence before Gainsborough’s masterpiece. And in so doing, I convinced myself that if I touched that canvas, I wouldn’t feel a flat surface, but instead Blue Boy’s silken garment and his flesh underneath it.”

“I believe it is a wonderful opportunity to return it to the land from whence it came so that a ‘new generation’ can admire its beauty. The concerns cited can be mitigated if those involved will check history regarding other great works of art that traveled outside their respective country.

“The Mona Lisa was painted in 1503, 276 years BEFORE Blue Boy. Thanks to the efforts of former First Lady Jacqueline Kennedy, France’s national treasure, a very fragile piece of art, was shipped to America. On January 8, 1963, Leonardo da Vinci’s Mona Lisa made its first appearance when it was put on display at the National Gallery of Art in Washington, D. C. It was transported by the S.S. France ocean liner in a temperature-controlled box in its own stateroom, accompanied by armed guards. The temperature, which was alarm-monitored, would not be allowed to fluctuate by more than one degree throughout the entire journey. Eleven years later, in 1974, the Mona Lisa once again left France to travel to Russia and Japan. It can be done without endangering the masterpiece.

“Françoise Nyssen, France’s former Minister of Culture, once said that she didn’t believe works of tremendous cultural significance should be confined to a single institution. I thoroughly agree.  Whenever possible, great works of art should be shared with the world.

“My first memories of seeing the ‘Blue Boy’ was in the 1970s when my parents took me to The Huntington as a young kid. It was my mom who introduced me to it, saying it’s a great piece of art. But my appreciation of it at the time was due to the fact that the painting was of a child, like me. I remember it also being next to “Pinkie,” and I don’t know if they were meant to be deliberately displayed next to each other. While these were paintings from a long time ago, I felt a connection and kinship with them.

“That impression stayed with me to this day so when we have visitors, I take them to The Huntington and show them the ‘Blue Boy.’ When my cousins from Japan came in 2018 for my dad’s 88th birthday celebration, I took them to the mansion along with a niece and nephew who aren’t from this area. I told them about The Huntington’s conservation project and what the x-rays showed beneath the painting. I was able to share a part of my local culture to two generations. There was a language barrier between my Japanese cousins and my American relatives and they had to use Google translate to communicate, but it was a fun family experience tied to the ‘Blue Boy.’

“It’s a nice gesture to share the artwork and I hope it’s safe for it to travel that far. However, its absence will sadden many of us who have grown up knowing it’s always been there. I imagine ‘Pinkie’ will also be sad not to have him by her side. What’s going in that space while ‘Blue Boy’ is away?

“I’m a member of The Huntington and I take strolls at the gardens. And every time I go to the mansion, I make it a point to see the ‘Blue Boy.’ It’s a magnificent piece of art and embodies what I think The Huntington is about. There are so many rotating exhibits – even at the promenade area – but seeing the ‘Blue Boy’ always makes me happy. It evokes emotions and memories of my childhood. I’ll be looking forward to its safe return.”

The board of The Huntington will be glad to know that their decision has more proponents than opponents and art experts can be assured that “The Blue Boy” can safely travel, as one reader asserted. And we can be gratified in the thought that art enthusiasts across the Atlantic will have the rare chance to see and experience the treasure we hold precious.