Hey SoCal. Change is our intention. - Pink Floyd's 'Their Mortal Remains' Los Angeles exhibit delayed a month
The Votes Are In!
2021 Readers' Choice is back, bigger and better than ever! International shipping issues have prompted a one-month delay in the Los Angeles debut of a traveling Pink Floyd retrospective chronicling the music, design and staging of the classic rock band from its debut in the 1960s through the present day.

Crossing the Atlantic for the first time, the exhibition dubbed “Their Mortal Remains” was scheduled to open Aug. 3 at the Vogue Multicultural Museum on Hollywood Boulevard. The retrospective was first presented in 2017 at London’s Victoria and Albert Museum, attended by over 400,000 people during its run.

Exhibition officials said Tuesday that “global freight delays” have forced a one-month postponement, and the exhibition is now set to open Sept. 3.

“The many containers filled with Pink Floyd’s artifacts, stage sets and private collections were shipped from the UK with an extensive lead time, but coming out of the pandemic, there are many delays in global freight,” according to a statement from organizers. “These containers have now safely arrived in LA.”

The exhibit presents an audio-visual journey through 50 years of the iconic rock group, with artifacts from every stage of the British band’s career and members’ personal lives.

The chronological exhibit — showing the band’s journey from art students to one of the world’s most successful rock groups — features the music and voices of past and present Pink Floyd members, including Syd Barrett, Roger Waters, Richard Wright, Nick Mason and David Gilmour, talking about their experiences and art via an audio guide system.

On display will be hundreds of artifacts collected over the course of Pink Floyd’s career, including handwritten lyrics, instruments, original artwork, rarely seen footage and stage props.

The show culminates in the Performance Zone, where visitors enter an immersive audio-visual space and take in classic tracks from albums such as “Dark Side of the Moon,” “Wish You Were Here” and “The Wall,” as well as a recreation of the last performance of Gilmour, Waters, Wright and Mason together, performing “Comfortably Numb” at Live 8 in 2005.

The retrospective is a joint effort between the band members, especially drummer Mason, who served as exhibition consultant, and curator Aubrey Powell, the British graphic designer who helped create album cover art for Pink Floyd and others.

Tickets are on sale at www.vmmla.com. The exhibition will run through Jan. 9. Admission prices range from $30 to $46, plus applicable fees, and an audio guide is included. Arts Sep 25, 2021
share with
Danish String Quartet to play at The Broad Stage in early October by Jordan Green Arts Sep 03, 2021
share with
‘Art and Hope at the End of the Tunnel’ show headed to USC Fisher Museum by Jordan Green 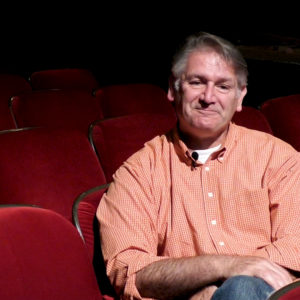